Two industry heavyweights such as IToY (Truck of the Year) and the German company MAN (Maschinenfabrik Augsburg-Nürnberg SE) are in one of the most prestigious awards in the world.

IToY, made up of the highest representatives of the 24 main European magazines in the industry and now 8 more associates from the rest of the world, awarded the Truck of the Year 2021 award to the MAN TGX truck with 155 votes during a virtual ceremony. And it is that the MAN company maintains its fierceness expressed in its lion logo and throughout its history of more than 100 years in the production of commercial vehicles and continues to roar against its competition. This time the challenge meant taking on the new range of Volvo FH trucks.

What does this award mean then? To award the Truck of the Year 2021 to the MAN TGX is nothing more and nothing less than recognizing worldwide the truck that in the last 12 months has contributed more than anyone to the heavy load transport industry under criteria of technology, innovation, environment , safety, fuel economy, habitability, easy driving and cost.

In this regard, the jury members praised the MAN TGX interface represented in a digitally controlled color instrument cluster with a MAN SmartSelect turn and push system and a multifunction steering wheel.

Such was the impact of the pioneering and forward-looking vision of the MAN TGX that the IToY president made. Gianenrico Griffini, stated that this truck not only covers today's transport needs but even tomorrow's.

Let's get to know the giant MAN TGX in detail.

X-ray of the MAN TGX, the power of a brand 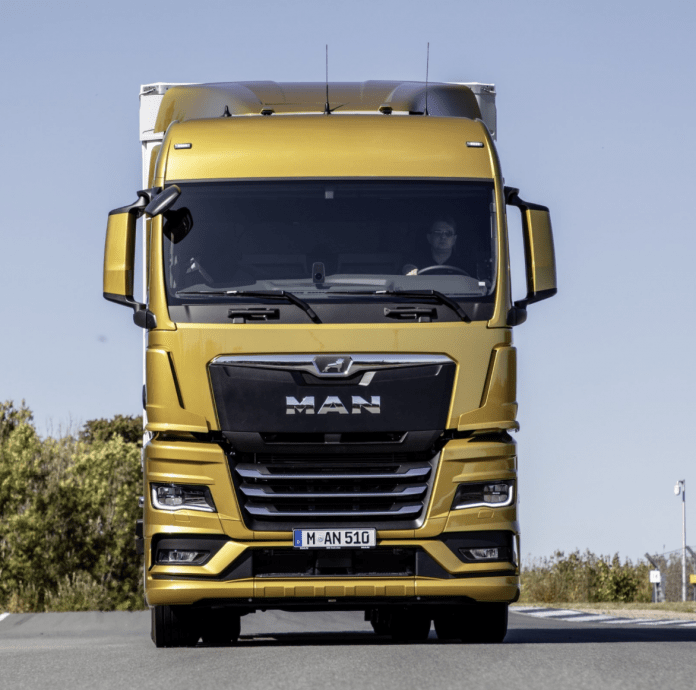 Talking about the MAN company is not an easy task since its 263 years since its opening contains many pages of stories to tell and today's one refers to the MAN TGX, a super machine designed for 5 years with the sole objective of developing and putting into operation provision of the transport market the best truck for drivers and truck fleet managers.

Let's start with the cockpit, which is a zone of comfort, ergonomics and intuitive operation that every driver appreciates with a solid design not only for all the action on the road, but also for moments of rest with bunk beds that can be transformed into a sofa. It has three cab models that are the GX (extra high), GM (medium high), GN (standard height) with external lengths of 2 280 mm and internal length of 2 145 mm and that allow the driver to enter the vehicle in a vertical position.

It has an instrument panel oriented to the driver located in an ergonomic way for access and controlled reading; gear shift control on the right lever for more convenient and easy selection of driving programs allowing more space between seats and greater safety; multifunction steering wheel with arranged buttons that can be folded up giving more space in the cabin or tilted sharply when in motion; right-hand electric parking brake switch on the instrument panel that can be manually operated but is also activated or deactivated depending on whether the vehicle is parked or running and, Premium seats for optimum driver comfort developed from from the vast experience in kilometers of highway. 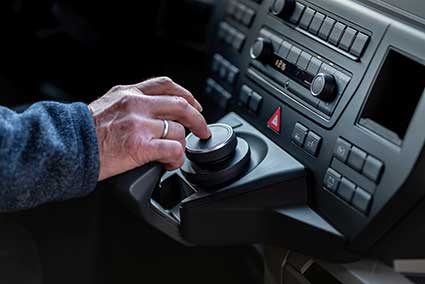 Within the infotainment system, the MAN TGX has incorporated intuitive navigation within the video, radio and telephone channels that make it a complete communication center that is controlled through the MAN SmartSelect, an innovative controller developed in synergy with customers. from MAN that facilitates the handling of multimedia even in difficult driving conditions. It contains a push-and-turn knob with a spherical thumb rest and integrated touch panel that also has its own lighting, very suitable for night driving.

Additionally, improvements to the MAN EfficientCruise GPS guidance system allow not only fuel savings of up to 8.2% compared to the previous version, but also route analysis to determine driving style and speed more. profitable through MAN Perform. In fact, the MAN TGX can choose between three types of engines: the 6-cylinder D3876 with in-line construction, 15.2 liters of displacement and power [kW (PS)] of 471 (640), 427 (580) and 397 ( 540) for a heavy duty engine, mainly used in long-distance transportation; the D2676 and the new D1556.

Due to SCR (selective catalytic reduction) and optimized thermal management, all three engines are ideally suited for the stricter Euro 6d emission limits.

Finally, the security and electronic architecture of this colossus are two of the aspects for which the juries chose for the award. On the one hand, the assistance it has for lane change, radar sensor turning, lane return or assisted driving (BirdView) that help the driver is a guarantee on the road. And, on the other hand, connectivity in this type of truck is unique and was an important selection factor for truck of the year.

Just as the pioneer Pat Kennet, the first editor of Truck Magazine, recognized in 1976 that the Seddon Atkinson was ahead of its competitors in innovation, comfort and safety and generated the idea of creating this award that would reward the advancements of trucks; 45 years later, we can affirm, as we have already shown throughout this article, why the MAN TGX should have been the Truck of the year 2021. Without a doubt, the most ferocious lion in trucks.

Countries represented in Truck of the Year 2021