Large corporations dedicated to heavy machinery for industry such as Caterpillar, Komatsu, Hitachi, John Deere, Liebherr, Volvo, as well as other companies in the US, Europe and Asia to a lesser extent, have reduced the production of new equipment for the market due to the situation of the global pandemic that has had strong consequences and that just entering the year 2021 is recovering.

According to the management consultancy Off-Highway Research with an emphasis on construction equipment, the sale of heavy machinery closed for 2019 at around 1.1 million units, experiencing a decrease over the previous year and breaking the upward trend that it had since 2016, while for 2020 the drop was estimated at 5% and sharpened to 13%.

One of the countries that exceptionally increased the sales of its new equipment was China, which, despite predicting a 9% drop, increased its growth to 350 thousand units. In contrast, the European continent experienced a decline that left a total below 150,000 units.

This abrupt decline has also affected America. For example, Mexico, which before the pandemic was the sixth largest producer of heavy vehicles on a global scale, suffered a 31.4% drop in production and a 32.5% decrease in its exports, according to a study by the National Institute of Statistics and Geography (Inegi) based on data from the National Association of Bus, Truck and Tractor Producers (ANPACT).

In 2020, production produced 136 thousand 422 vehicles, that is, less than the previous year and exports were 115 thousand 747 heavy units mainly to the United States, Canada and Colombia, numbers that represent a decline of 31.4%.

However, if we study the specific case of Spain in the area of machinery for the agricultural industry, the outlook was a little more encouraging for new machinery, as according to data from the Official Register of Agricultural Machinery (ROMA) of the Ministry of Agriculture, Fisheries and Food (MAP) of Spain shows a growth of 3.4% in the new agricultural machinery market in 2020 compared to 2019, which represented until October of the pandemic period of 25,915 units. At the beginning of last year the market plummeted 38%, going from 16,089 to 9,941 units, but then it recovered so that for this year the forecast is clearer. 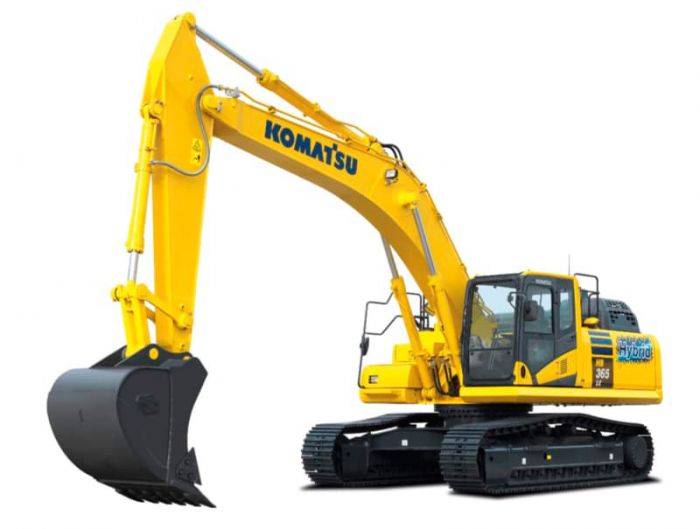 Although the North American giant Caterpillar has maintained its operations and obtained an income between January and March 2020 of 10,635 million dollars, it is also true that this income was 21% less than the previous year in the same period, as it thus reduced also the sale of its machinery 22% as a result of having temporarily closed some production plants that have reopened in recent months.

Equipment sales fell in its three main segments which include yellow excavators and mining trucks, however, point to a recovery supported by economic advancement in China and improvements in North America that helped moderate the decline in sales at the end of 2020.

For its part, Komatsu already for the first quarter of 2020 stated that the sales of excavators (class 6t and above) in China had fallen by 35% year-on-year between January and 67% in February.

The Japanese company temporarily closed its factories in Italy, Germany and the United Kingdom in Europe, Brazil and India at the beginning of 2020, while its facilities in Japan and China continued to operate normally.

Turning your gaze to used equipment

This panorama of low productivity and, therefore, a decrease in sales due to lack of demand for new machinery produced last year a shift in attention to used equipment that quoted better prices and therefore revalued their position in the machinery sales market.

A sector that traditionally did not attend the purchase of used machinery, such as the agricultural sector, turned towards the middle of last year to acquire used equipment due to the wheat harvest in Argentina, for example, which forced producers to buy this type of equipment in good condition to continue with your work.

According to figures from INDEC (National Institute of Statistics and Censuses of Argentina) the interannual losses were 23% in the harvester sector, 8.5% in tractors, implements with 6.8 and seeders with a loss of 2.2% year-on-year.

This year's forecasts tend to balance between resuming the production of new machinery to increase sales and meet demand, and used equipment that will undoubtedly see the acquisition process stabilized as in the past.

One thing is clear for the future, the companies of the heavyweights of equipment for construction, mining, transport and agriculture, since before the pandemic and accelerated by it, have been developing the manufacture of what we could call "the machines of the future ”For using a euphemism; Well, large machinery producers are betting much more strongly on the digital transformation or digitization of the industry with the application of the Internet of Things (IoT), Big data, ecommerce, blockchain, Artificial Intelligence (AI) and technologies for autonomous transport. All references of an Industry 4.0 that, in the face of the challenges of the world panorama, reinvents itself to bring solutions. It will dawn and we will see.

Interview with Luciano Rocha, from Komatsu

CATERPILLAR REPORTS THE RESULTS FOR THE THIRD QUARTER OF 2020